Japan is a very blessed country when it comes to natural sights and attractions and these include some of the most amazing lakes in the world. Below are some of the highly recommended lakes to visit the next time you are in Japan:

Lake Kawaguchiko is one of the most famous lakes in Japan. It is located in the Fuji-Hakone-Izu National Park, near Mount Fuji, in the southern part of Yamanashi Prefecture. All year round it sees crowds of both local and foreign tourists. This is due to the beautiful Mount Fuji views and the abundance of outdoor activities it offers. It is especially popular in the Spring and the Autumn seasons due to its viewing spots of the incredible cherry blossoms and autumn leaves. 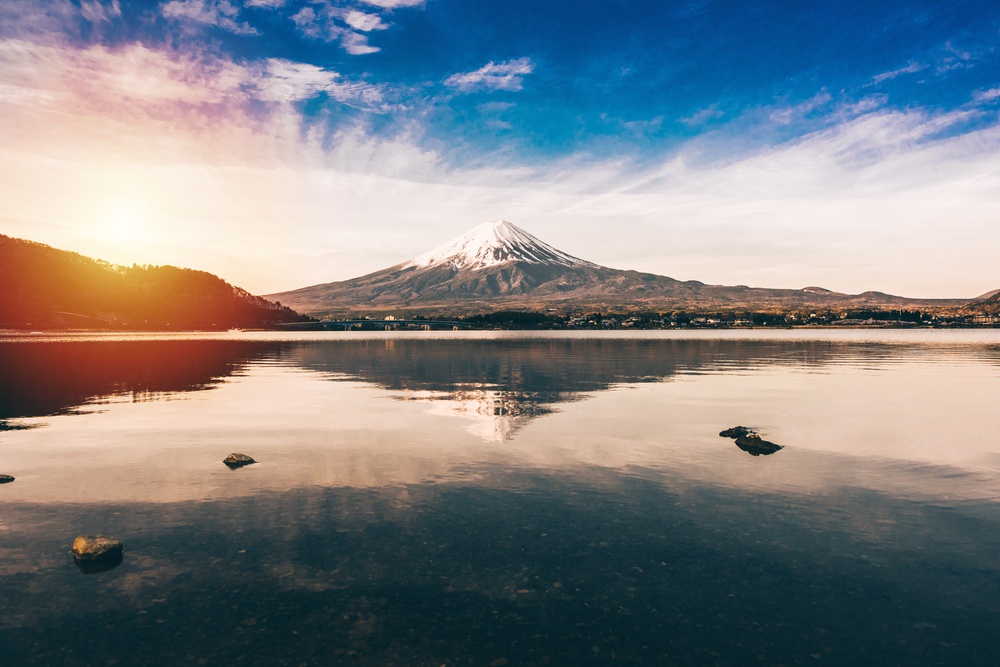 Lake Biwa is the largest lake in Japan and is an ancient lake believed to be in existence millions of years ago. It is found in Shiga Prefecture and is surrounded by small towns and cities, such as Hikone and Otsu, where tourists can enjoy not only amazing views of the lake but visits to historical shrines, temples and castles, hiking trails, onsen resorts and local cuisines.

Kyoto provides easy access to Lake Biwa as they are located right next to each other. 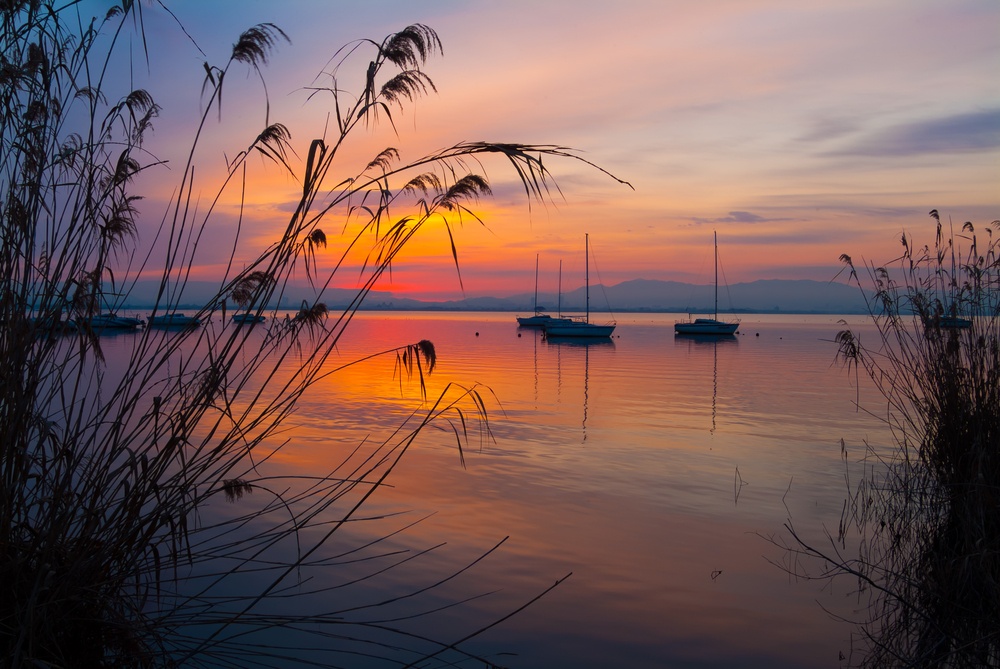 One of the five lakes that make up the Fuji Five Lakes, Lake Yamanaka is the largest and highest in the group and is known for its various recreational spots for windsurfing, swimming, water-skiing, boating and fishing. In addition, it has public onsen resorts, camping sites, cabins, hotels, and minshuku for guests looking to relax or spend a night or two. 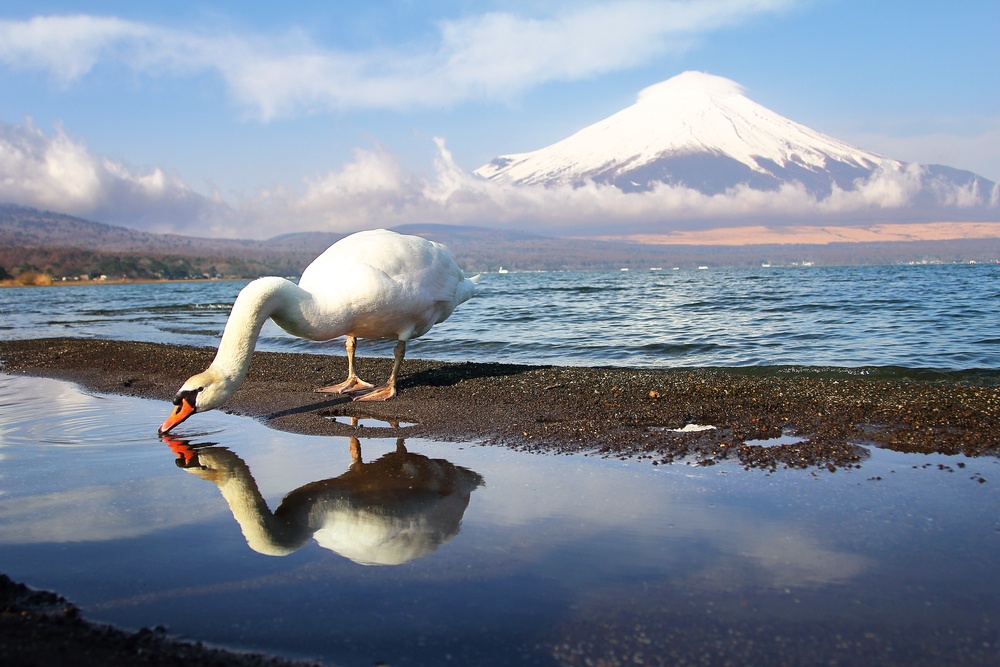 The westernmost lake of the Fuji Five Lakes, Lake Motosuko is the deepest among the five and a favorite of those who love to partake in hiking, camping, boating, fishing and other water sports. Compared to the other lakes around Mount Fuji, it is not as easy to access via public transportation as it remains quite undeveloped except for a few camping spots on its shores. 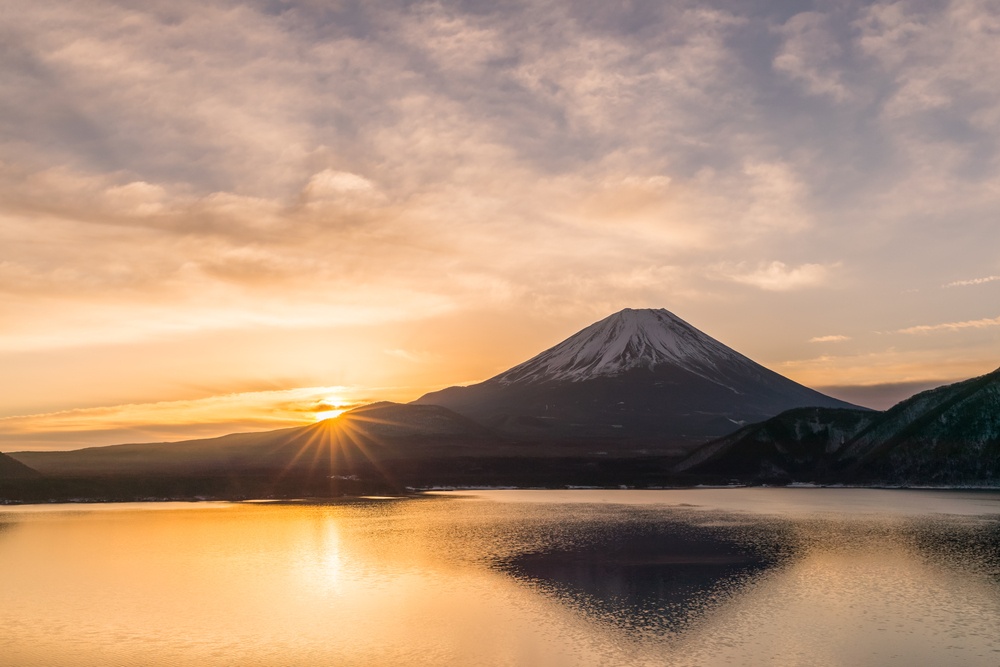 Lake Saiko is another of the Fuji Five Lakes and is surrounded by forested mountains and mostly untouched natural sites. It is known for its many hiking trails that pass through the infamous Aokigahara suicide forest, the Wind Cave, the Bat Cave and the Ice Cave.  During the first two weeks of November it becomes crowded as people flock there to get the best seats for Autumn foliage viewing. 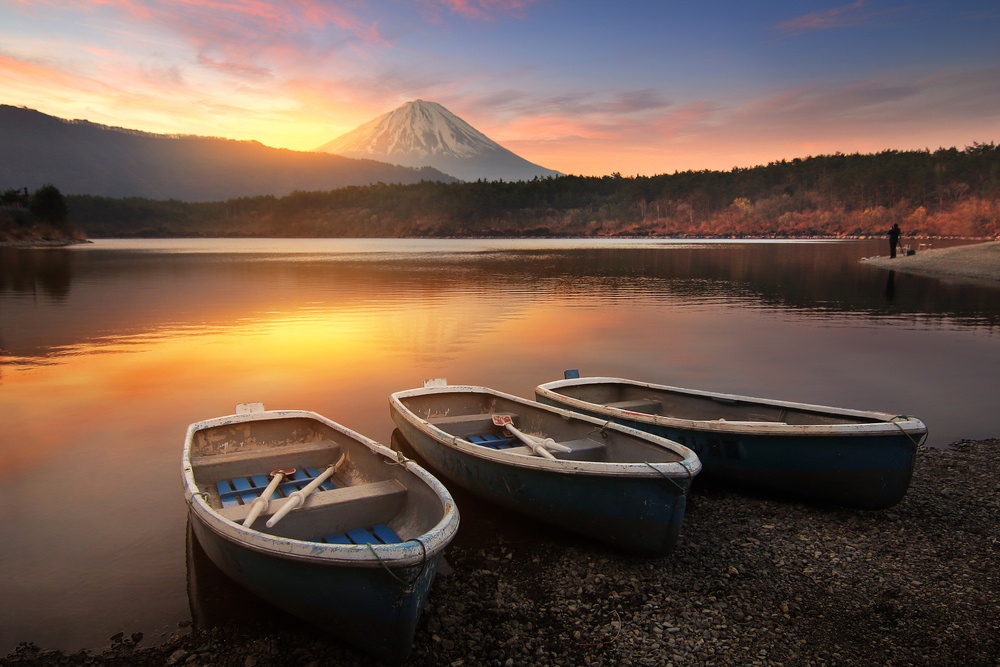 The smallest among the Fuji Five Lakes, Lake Shoji is found between Lake Saiko and Lake Motosuko and offers a variety of recreational facilities that include camping grounds, hotels by the lake, hiking, jet skiing, water skiing, windsurfing, fishing and boat cruises. 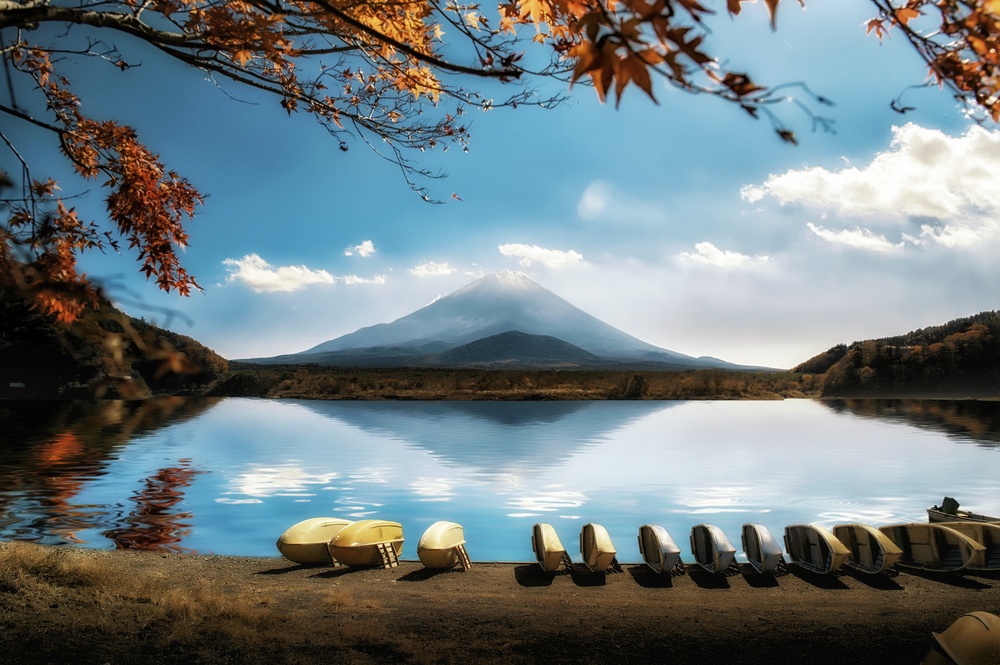 Japan’s deepest lake, at 423 meters, Lake Tawaza is a gorgeous caldera lake found in Akita Prefecture in the city of Semboku. It is one of the most popular destinations in the area because of its skiing and onsen resorts. Tourists can hop on a pleasure boat or sightseeing boat to enjoy the natural beauty of the lake and see the iconic Tatsuko Statue up close. 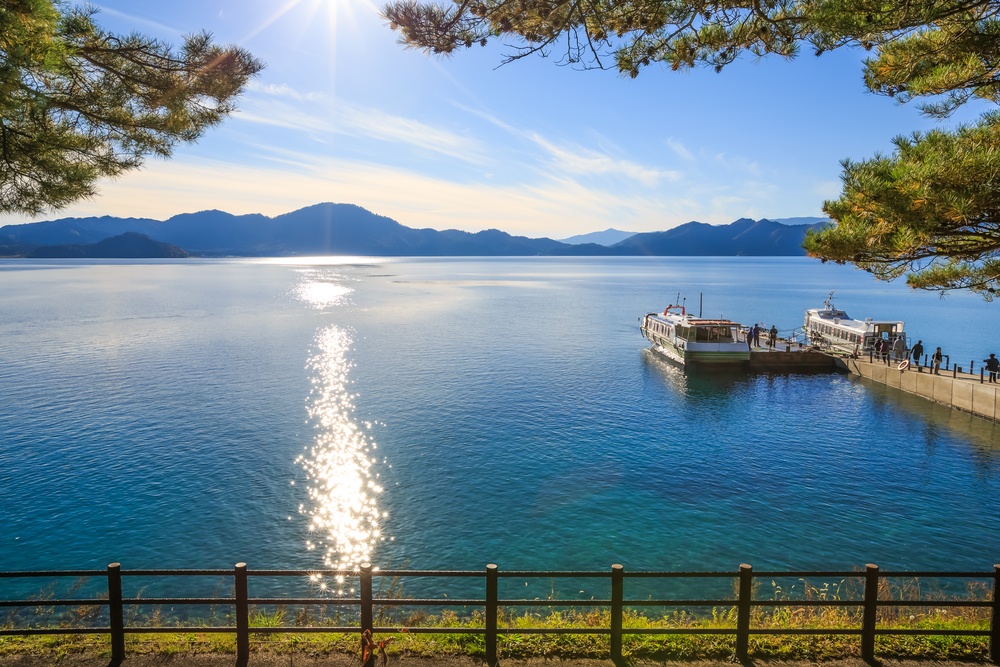 A caldera formed about 3000 years ago, Lake Ashinoko is a magnificent crater lake found on Mount Hakone’s southwest wall in Kanagawa Prefecture. Lots of people flock to this attraction as it offers breathtaking views of the lake and its flora and fauna, with views of the grand Mount Fuji in the distance and opportunities for boat cruises, hiking and more.

Look into getting a Hakone Free Pass to take advantage of unlimited use of buses, sightseeing boats, the Hakone Tozan Railway, and the Hakone Ropeway and cablecar in the Hakone area, as well as discounted admission rates to museums and other selected attractions. You can find more information about the Hakone Free Pass here: http://www.odakyu.jp/english/deels/freepass/hakone/. 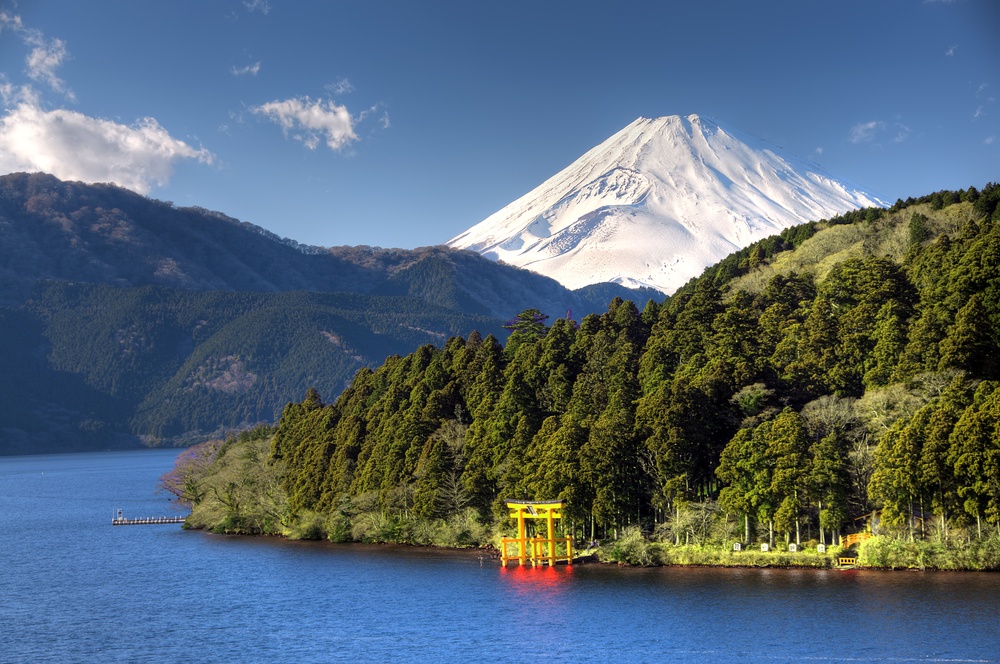