Japan has tons to offer when it comes to breathtaking scenery, especially locations with beautiful views of the sunset. Below are some of the best spots to take pleasure in the magnificence of the setting sun:

A tiny island located in Ise Bay, off Chita Peninsula’s east coast, Shinojima is one of Japan’s most popular spots to view the sunset. It is one of the three islands of Aichi Archipelago, the other two being Sakushima and Himakajima, and is also known for its pristine beaches, mouthwatering seafood and homey ryokan and minshuku. In addition, the island offers a refreshing eight-kilometer walking trail that features shrines, temples and stunning views of the ocean and the horizon.

To get there, get on a Meitetsu Nagoya Main Line train at Nagoya Station and then get off at Utsumi Station. Transfer to a Minimachita-cho Community Bus and disembark at the Morozakiko Stop. From there take the Meitetsu Sightseeing Boat going to Shinojima Port.

Alternatively, you can take a Meitetsu Kowa Line train from Nagoya Station, get off at Kowa Station, and then walk approximately 10 minutes to Kowa Port for the Meitetsu Sightseeing Boat going to Shinojima Port.

Gyobumisaki, also known as Cape Gyobu, is found in Chiba and offers gorgeous views of the Pacific Ocean and its surroundings. On days with nice weather it is even possible to see the Tokyo Skytree and Mt. Fuji from this vantage point. It has an observatory, called the Iioka Lighthouse, that is unquestionably the best spot to be in for both sunset and sunrise. In addition, the site is also a popular evening destination for those who want to enjoy the beautiful nightscape.

The quickest way to get to the Iioka Lighthouse is via the Ltd. Exp Shiosai Line from Tokyo Station to Choshi Station and then transfer to a local bus, Chiba Kotsu, to the lighthouse. 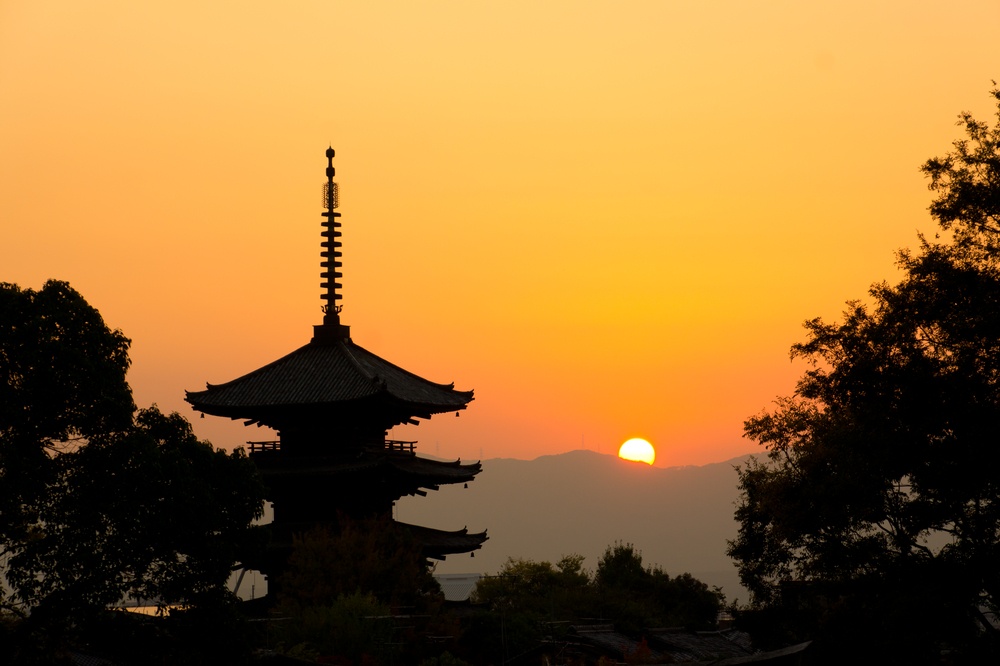 Ogon Misaki, or Cape Ogon, in the Hokkaido region is famous for its panoramic golden sunset and ocean views. It is one of Shakotan Peninsula’s three primary capes, along with Cape Kamui and Cape Shakotan, and welcomes dense crowds in the Summer season. Its summit and the Ogon-Misaki Observatory can be reached by walking for about 10 to 15 minutes.

To get there, take a bus from either Otaru or Sapporo going to the Shakotan Sightseeing Center

Nagasaki Prefecture’s Ishidake Observatory is a 191-meter high structure that provides a 360-degree panoramic view of the lush terrain, majestic mountains, blue waters, and gorgeous islands surrounding. Late afternoons are a busy time for this spot as both locals and tourists go there to enjoy the beautiful sunset.

To get there, take a 20-minute cab ride from Sasebo Station. The cost is around 2,000 yen.

Also known as Married Couple Rock or Couple Rock, Sakurai Futamigaura is located off the coast of Itoshima City in Fukuoka Prefecture and is an attraction made up of two large rocks connected by a shimenawa, which is a rope used to mark sacred areas and protect against evil in the Shinto religion. It offers an impressive view of the setting sun between the two huge rocks, making it a top rated sunset viewing spot in Japan.

To get there, take the JR Chikuhi Line to Chikuzen-maebara Station and then a 30-minute cab ride. 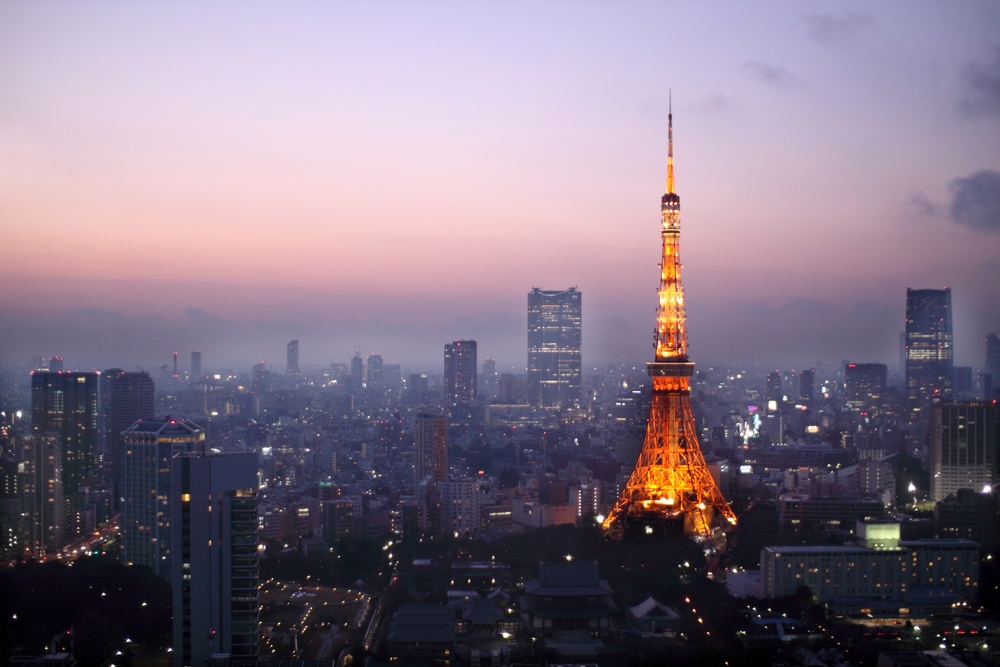 The second tallest building in Japan, the Yokohama Landmark Tower is a 296.3-meter high skyscraper that stands in the middle of Yokohama. It is made up of 73 floors, and has an observatory on the 69th, where you can enjoy a 360-degree view of the metro once the sun sets and at night.

To get there, take the train to either Sakuragicho Station or Minato Mirai Station, and walk about five minutes.

Situated in Osaka’s Kita district, the Umeda Sky Building is a 173-meter tall structure consisting of 40 floors which are home to offices, restaurants, entertainment facilities and shops. On its 39th floor, there is the Floating Garden Observatory that provides fantastic views of the city, especially at sunset and at night.

A UNESCO Global Geopark destination, the Oki Islands is a volcanic archipelago made up of four major islands and several uninhabited ones. It is located approximately 80 kilometers off Shimane Prefecture in the western part of Japan. It has an interesting landscape which shows traces of its long and eventful history. Surrounded by the Sea of Japan, it is blessed with amazing rock formations, lush forests and diverse marine life. Sunset viewing is a common activity on its beautiful beaches as it offers a stunning contrast between the blue sea and the orange skies.

From mainland Japan, you can either travel by plane to Oki Airport or by ferry from Tottori Prefecture’s Sakai-minato Port.